It detects stuff that you can't see

I decided to build a thingy that detects radiation, then hook it up to a Raspberry Pi and a GPS module to log the location and radiation readings.  It works, but... needs more work.

So the idea was this:  make a radiation detector and take it to weird places, like Thule Greenland, Antarctica, Alaska, and what have you – and have it measure as we’re flying at relatively low altitude.  Who knows what will come up ?

Also, with the well known nuclear warhead mishap that happened years ago in Thule – what if driving around in a truck all over the base will pick up anything interesting?  I did just that in a truck on the base more than once.

Maybe that and more can be found out with a simple instrument?  Well, that’s the hope.

I put this together and measured a bunch of places and have yet to go through all the data, as I sort of lost interest.  I hope to make the processing scripts a little better to get more out of it, but at least I can make KML maps of the radiation levels anywhere it goes!  Here is a picture of the guts taken apart: 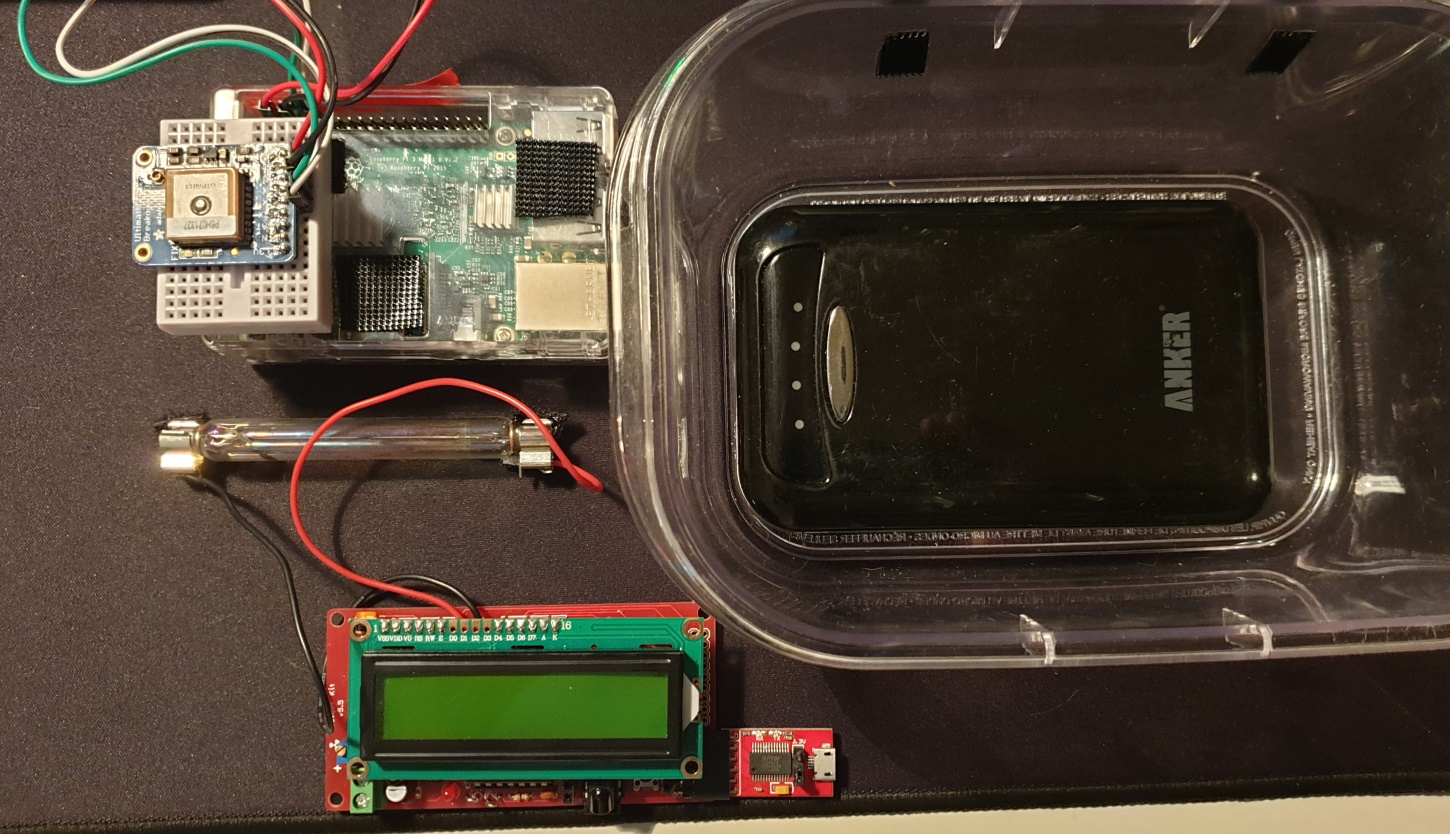 So what’s in there?

On the top left, there is a GPS module connected to the Raspberry Pi.  Below that is the tube and Geiger counter with a LCD screen and USB to serial connector, and to the right is a battery pack to power it all for about 24hrs sitting in a plastic box with a lid that isn’t shown.

The only thing I had to do was write some code to log the current radiation values at the time and location coming from the GPS.  I’ll update this post with more details on the parts themselves once I look them up.