Skip to content
Well, we’re all hoping “the third time is the charm” as we attempt to leave Fairbanks to head to Thule again.NASA 426 underwent a checkout flight yesterday here in Fairbanks, as our aircrew develops procedures to prevent cold temperature induced prop leaks, and hopefully has had some success.

We’ll be attempting the “Sea Ice South Basin Transect” mission again with a 0500 local Alaska takeoff and a 6 pm Thule Greenland landing. Again taking advantage of extended Thule airport operational hours (due to another unrelated activity at Thule), we’ve delayed our flight (as much as possible) to maximize daylight over our science flight lines. We may have some clouds during the science mission today, but we’ll take what we can get, as we need to return to Thule.

Hopefully the next sitrep will be emailed fromThule AFB, 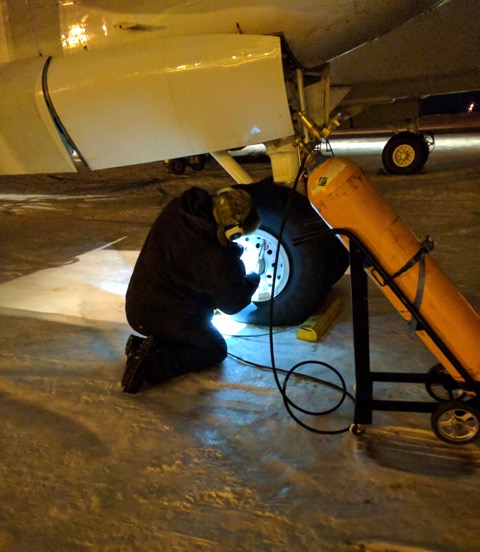 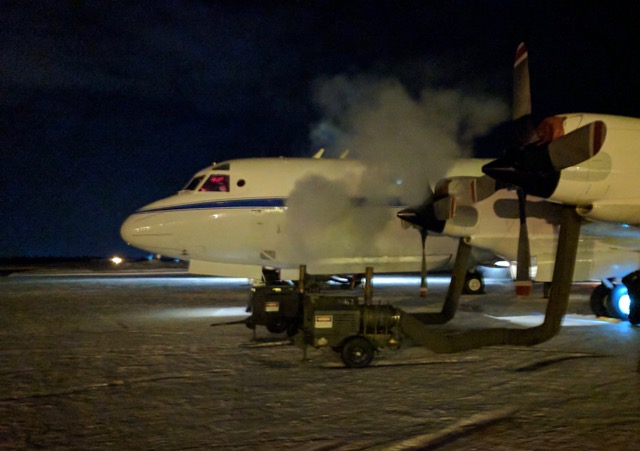 Warming NASA 426 up early this morning