A very successful South Peninsula mission was completed today, in almost perfect conditions (a few patches of fog on the first glacier, followed by sunny blue sky conditions and calm winds the remainder of the day). The Antarctic Peninsula is a difficult site due to frequent poor weather and is hard to forecast, but the OIB team made the correct weather decision today. All OIB remote sensing instruments reported good data collection, and we had wonderful scenery in the glacier sites and along the edge of the George VI Sound as we flew “flux gate” grid lines (designed to measure the flow of ice into George VI Sound ice shelf).
We’ll attempt a mission tomorrow, weather permitting. 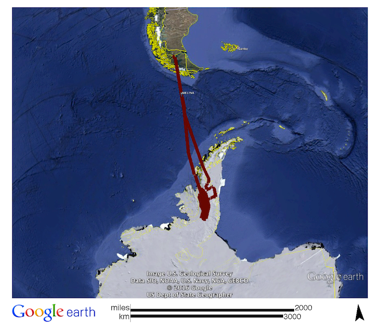 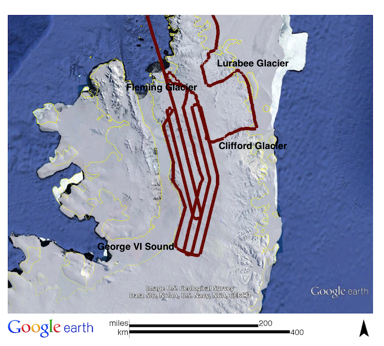 Lurabee GlacierGlacier 27 mi long, flowing NE between Scripps Heights and Finley Heights to the E coast of Palmer Land. This glacier was discovered by Sir Hubert Wilkins on Dec. 20, 1928 on his pioneer Antarctic flight. He named it Lurabee Channel for Lurabee Shreck of San Francisco, in recognition of her aid in procuring equipment for this and an earlier Arctic flight, and for her editorial assistance on his book Flying the Arctic. The term channel has been amended to glacier, in keeping with the true nature of the feature.Clifford GlacierBroad glacier, about 40 mi long, flowing in an ENE direction to the gap between Mount Tenniel and the Eland Mountains, and then E to Smith Inlet on the E coast of Palmer Land. The upper part of this glacier was charted in 1936 by the BGLE under Rymill; the seaward side by the USAS survey party which explored along this coast in 1940. During 1947 it was photographed from the air by the RARE under Ronne, who in conjunction with the FIDS charted it from the ground. Named in 1952 by the FIDS for Sir G. Miles Clifford, then Gov. of the Falkland Islands.Fleming GlacierBroad glacier 25 mi long on the W side of Antarctic Peninsula, flowing WNW and terminating in Forster Ice Piedmont to the E of Wordie Ice Shelf. The glacier was charted by the BGLE under Rymill, 1934-37, and was photographed from the air by the USAS on Sept. 29, 1940. This hitherto unnamed feature was named by the US-SCAN in 1947 for Rev. W.L.S. Fleming, Dean of Trinity Hall, Cambridge University; also, chaplain, chief scientist, and geologist of the BGLE.George VI SoundA major fault depression, 300 mi long in the shape of the letter J, which skirts the L. and S shores of Alexander Island, separating it from Antarctic Peninsula and the English Coast. The sound is ice covered and varies from about 15 mi to more than 40 mi wide. Discovered by Lincoln Ellsworth who flew over it in 1935. Explored by the BGLE in 1936-37 and by the USAS in 1940. Named by Rymill, leader of BGLE, for George VI, King of England. 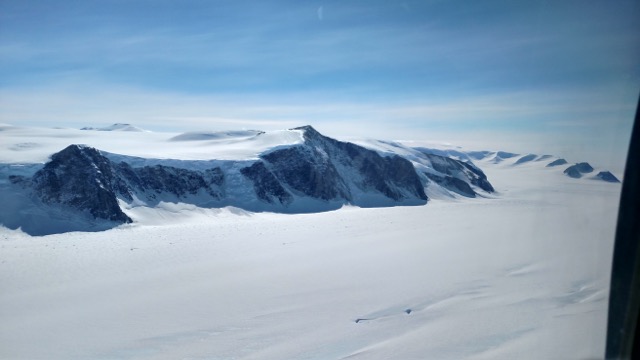 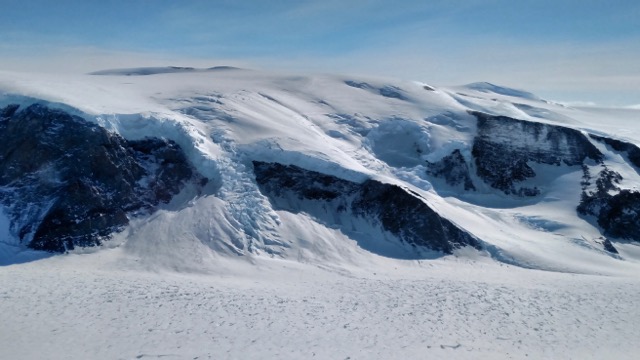 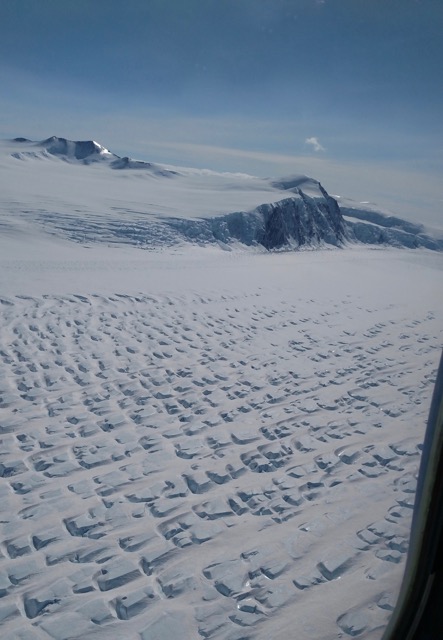 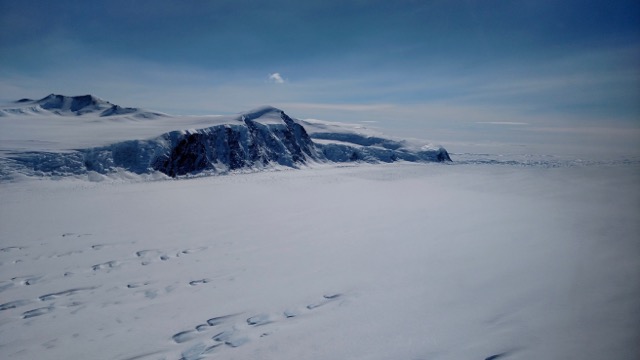 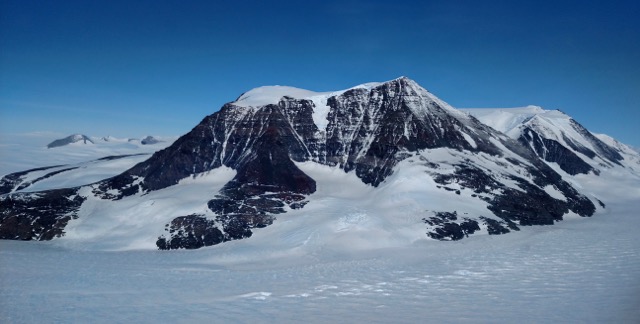 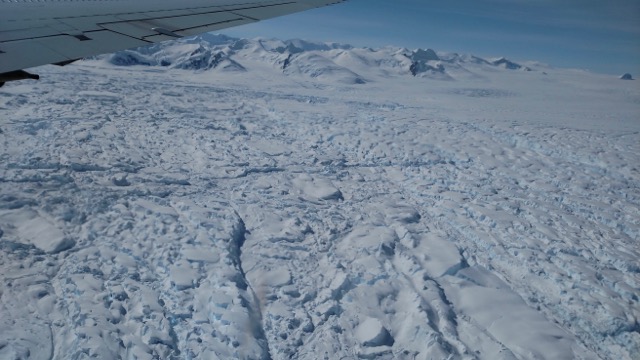 Calving front early in the mission 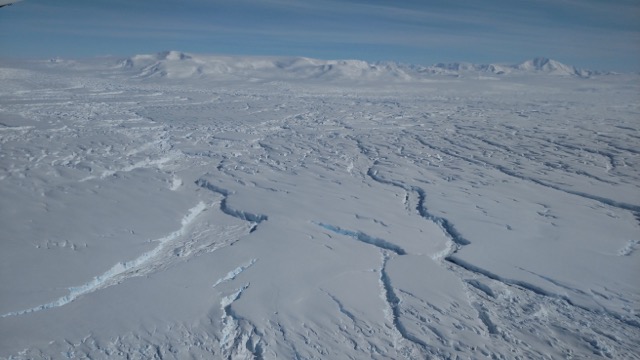 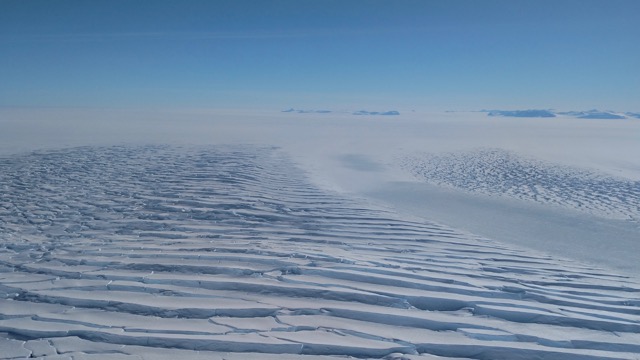 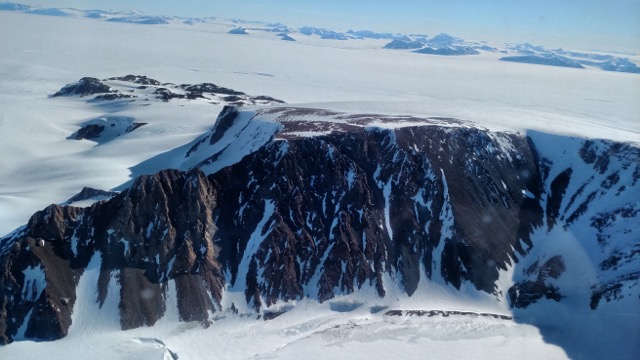 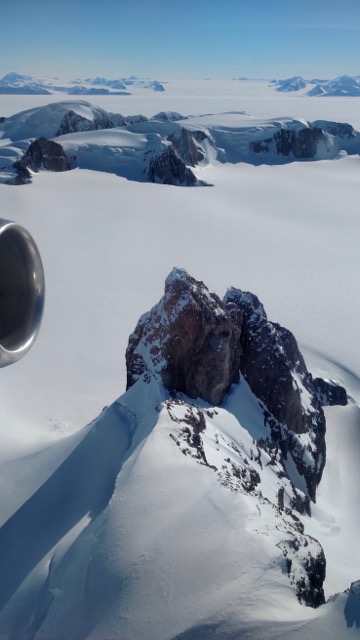 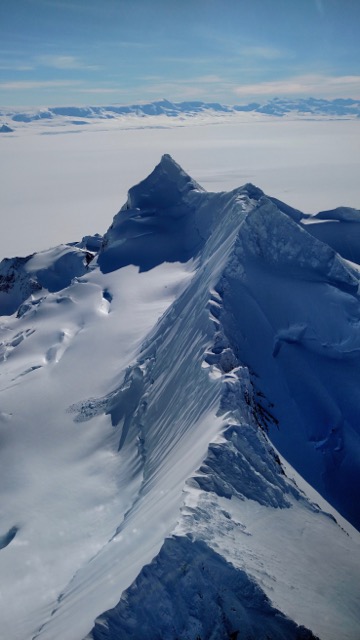 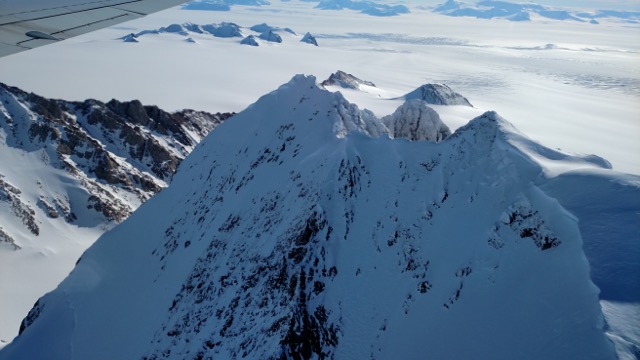 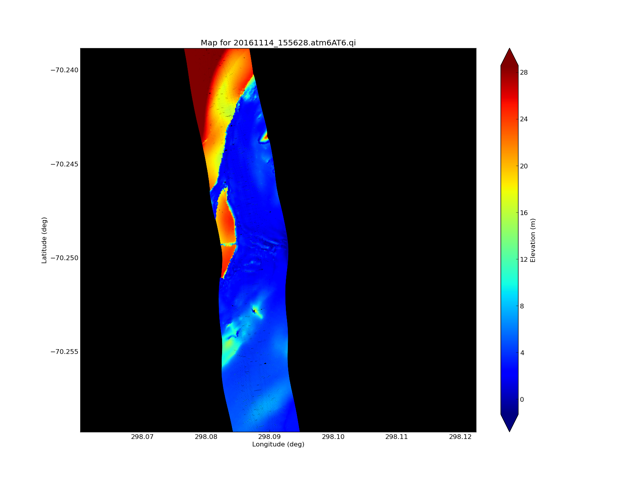 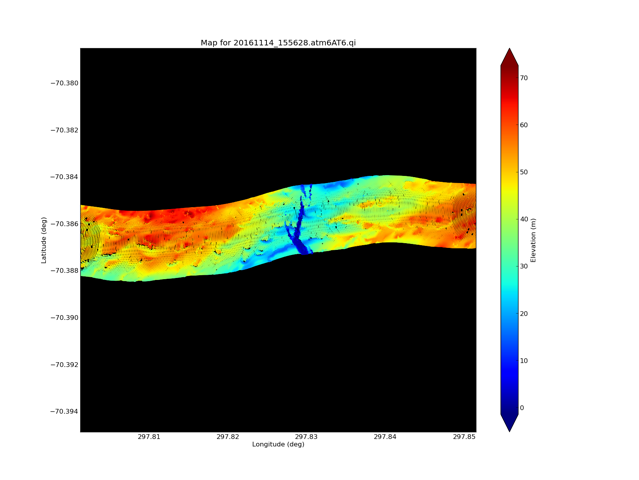 An ATM T6 wide scan lidar map of a drainage channel in an ice valley. 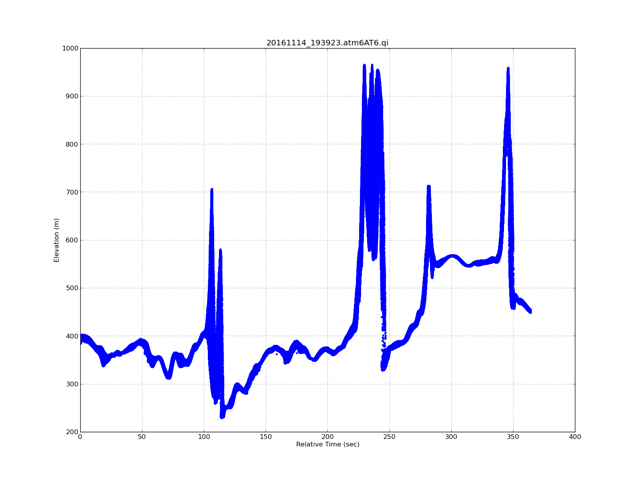 A cross section profile of some of the peaks we flew over today along the edge of George VI Sound. The highest peaks rise and drop rapidly about 600 meters (2000 feet).