OIB spent a mostly quiet day here in Thule. Folks rested, some went sightseeing, or exercising in the excellent gym here, and instrument folks almost always analyze data to be sure instruments are working well.

In addition, a few of us attempted to survey some GPS locations on the Thule Base steam pipe system. The intention is to use the ground surveyed points to help geo-reference the FLIR infrared images collected from the P3. As the P3 flies over the Thule lidar calibration site on the airport ramp, the FLIR camera on the P3 will likely collect images of the steam pipes (warmer than the surrounding snow), and by surveying unique points on the steam pipe system, data can be used to help geo-locate every pixel in those IR images, which can be used calibrate all the FLIR images of sea ice and other targets.
Kyle Krabill assembled a portable GPS receiver, antenna and battery, and 2 of us moved these items from one star pipe location to another, collecting minutes of GPS data at each site. It was essential to continuously collect data without losing GPS satellites, so the antenna had to be held above our heads while moving between locations, and passed over obstructions, sometimes handing the gear to two other folks on the other side of obstacles. It was quite a challenge in the drifted and crusty snow around the pipes, but we did successfully collect our data.
We’re set up to resume airborne missions tomorrow, with some favorable weather forecast thru the week. 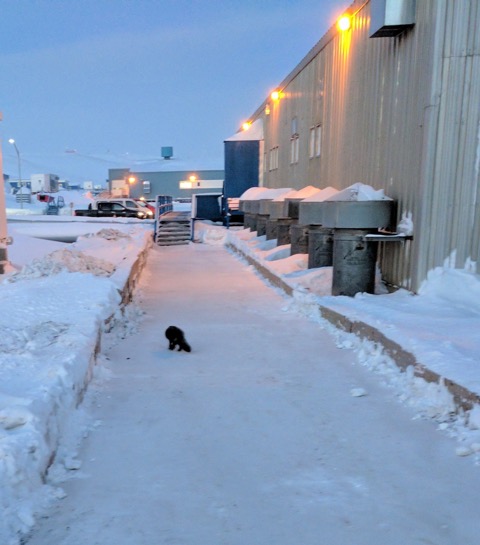 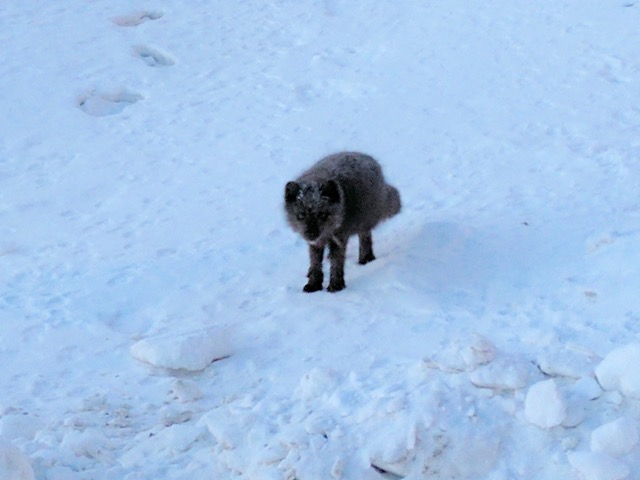 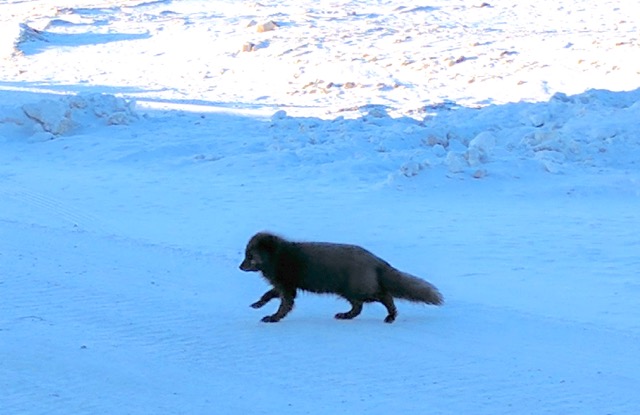 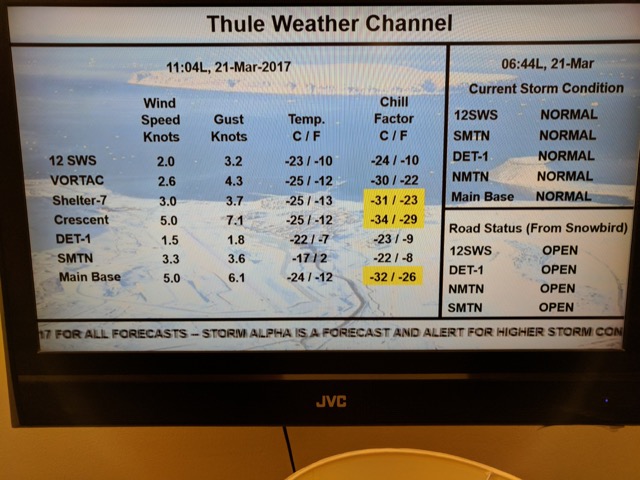 The Thule weather channel as we started out for the GPS survey of steam pipe locations, with -12 F temperature and -26F wind chill. 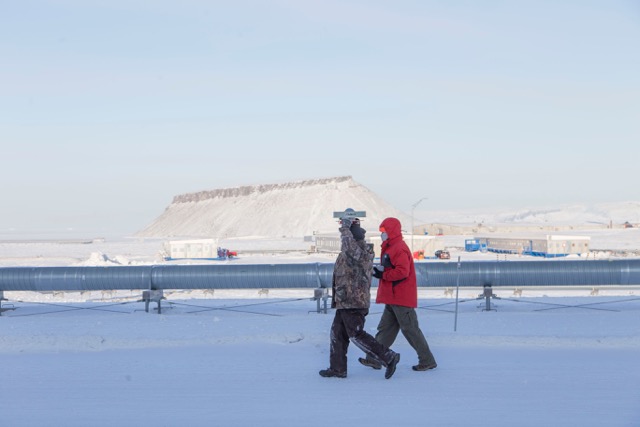 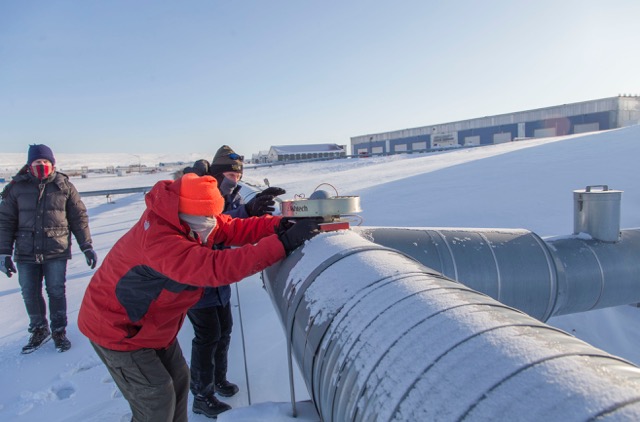 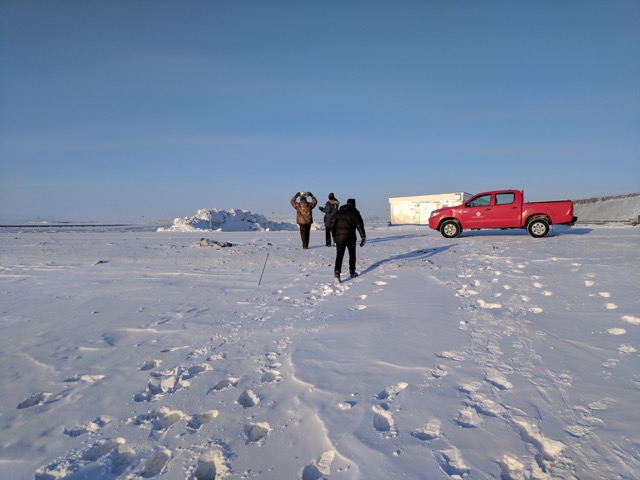 Moving the GPS equipment thru the crusted snow to the next survey site, with our truck on the right. 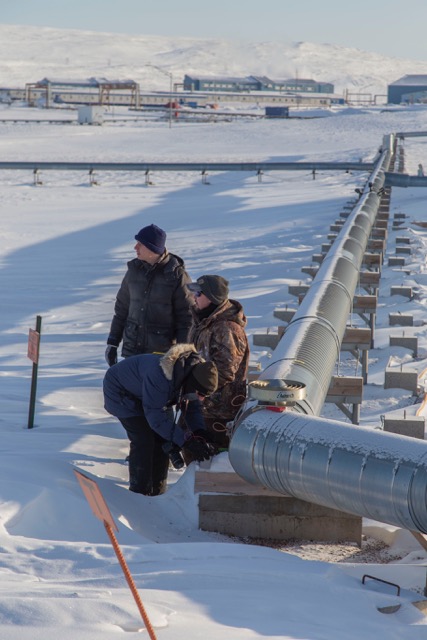 foreground to background, John Sonntag checking the receiver, with Kyle Krabill and Nathan Kurtz looking for the next survey point (photo by by Jeremy Harbeck)