Skip to content
A successful “Sea Ice- Svalbard North” mission was completed today in mostly clear conditions, with a few occasional hazy patches. Only one hazy patch on the southbound line interfered with optical remote sensing for about 15 minutes, otherwise all OIB sea ice remote sensor instruments reported good data collection.
We flew the “east” leg of the pattern north, and after overflying the North Pole, we also overflew a team of adventurers who were flown to a point 120 miles south of the Pole and are ski/hiking with sleds to the Pole. (www.2Degree.com). These folks placed a couple of GPS/Satellite trackers for us and made some snow depth measurements as we flew over, and there are some interesting images from the overflight below.
We hope to complete the second Svalbard-based sea ice mission tomorrow, as always if weather permits. 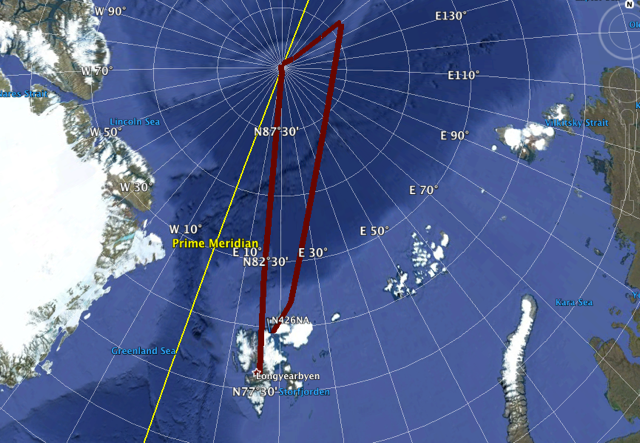 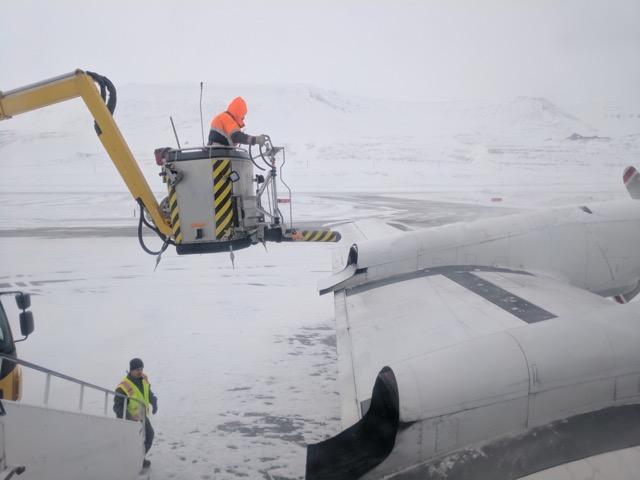 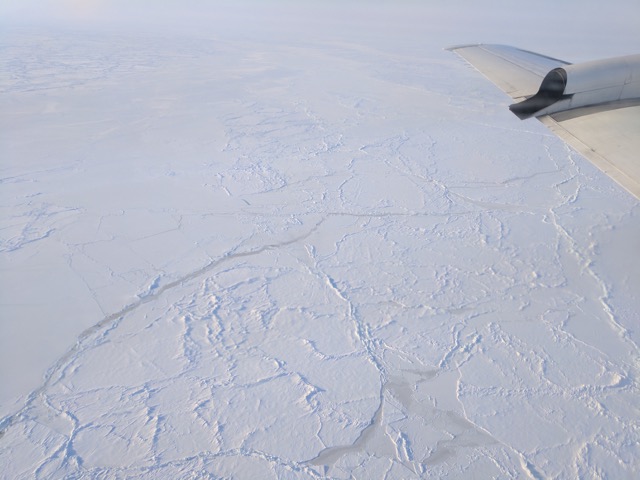 Most of the day, the sea ice looked like this… 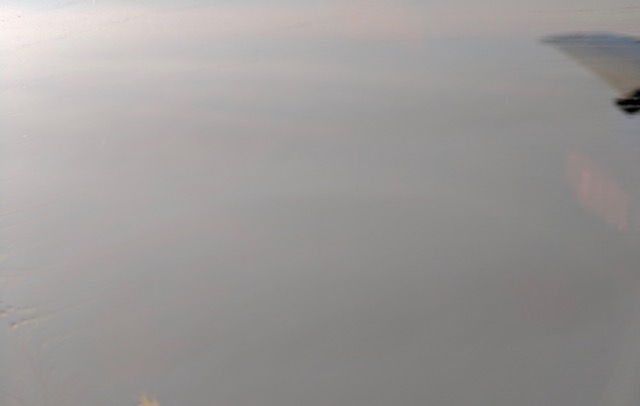 The view at the North Pole. There was a hazy layer below us, obscuring details, but the ATM lidars handled the conditions. 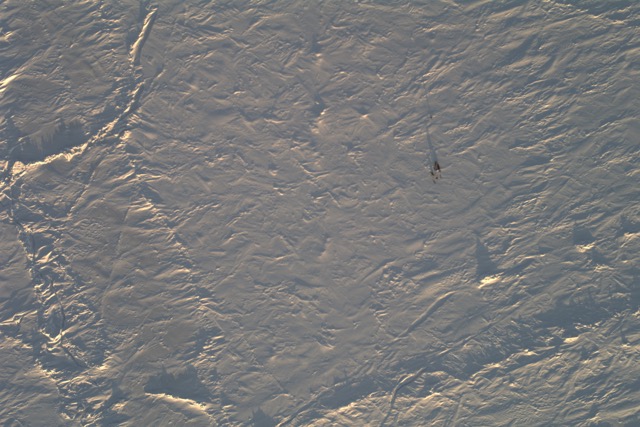 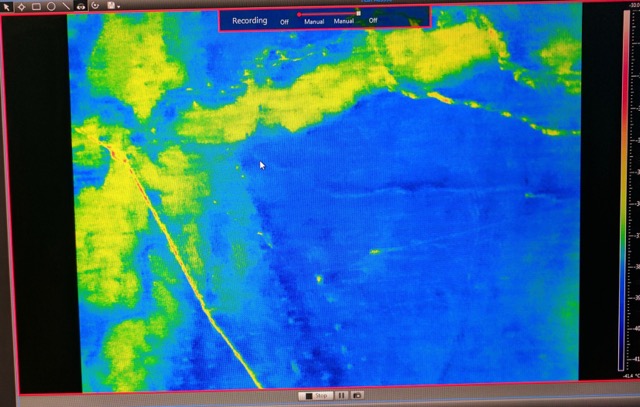 The ATM FLIR image of a adventurer sled party skiing to the North Pole. The yellow spot in the center with a “trail” to right is the sled party from the above image. The trail to the right is the residual heat from the sleds passing over the snow and ice. 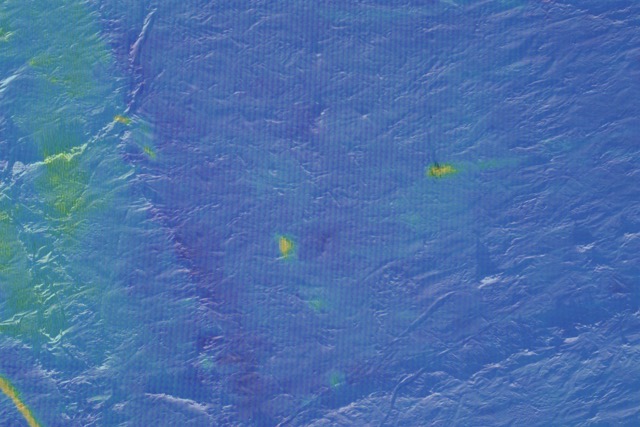 Overlay of both CAMBOT and FLIR images 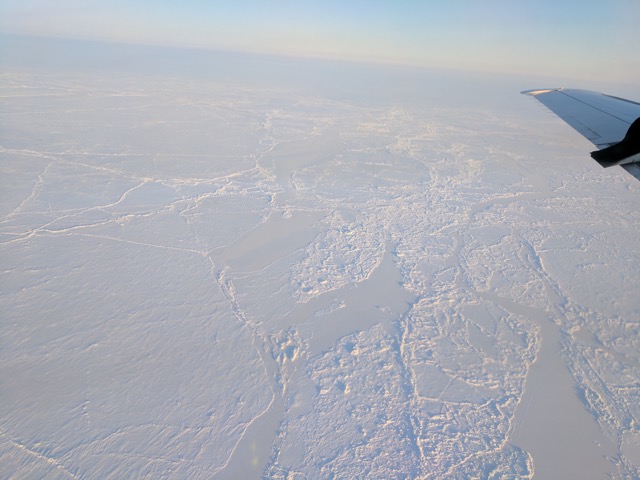 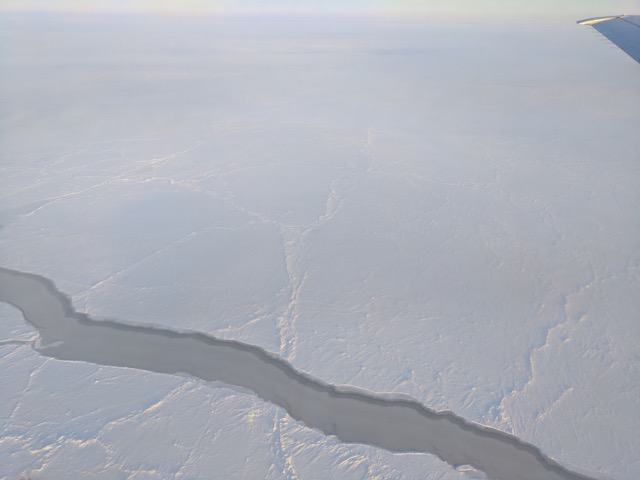 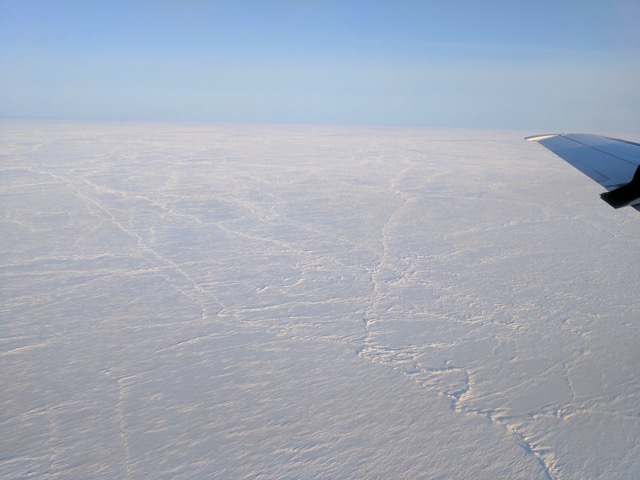 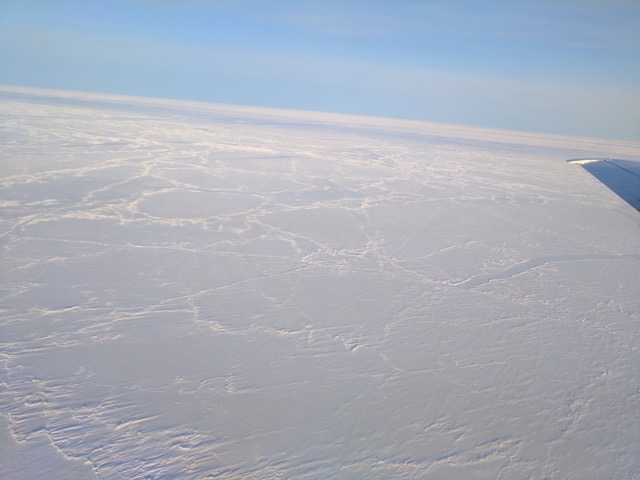 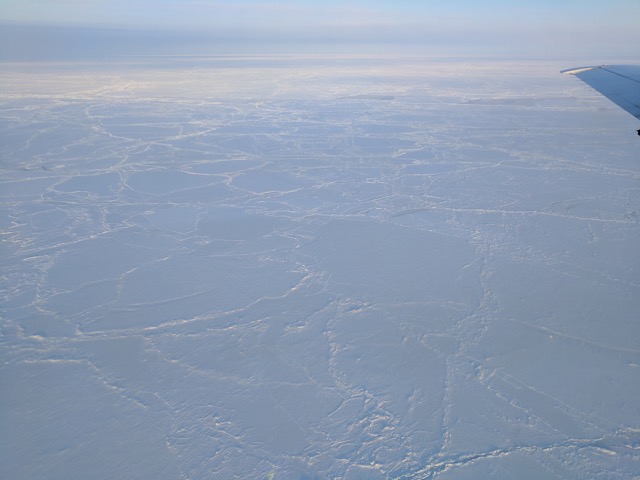 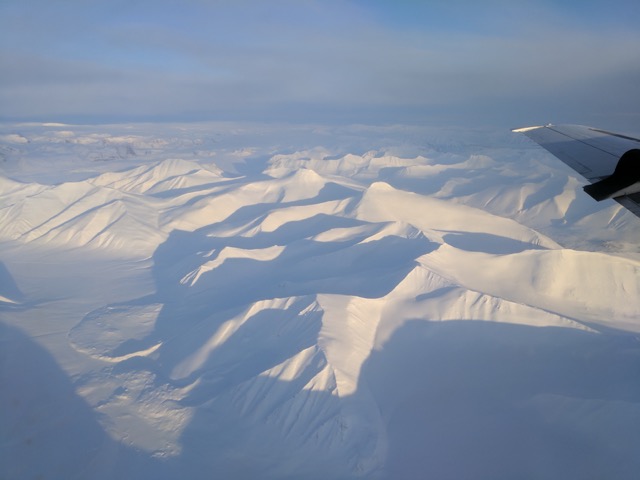 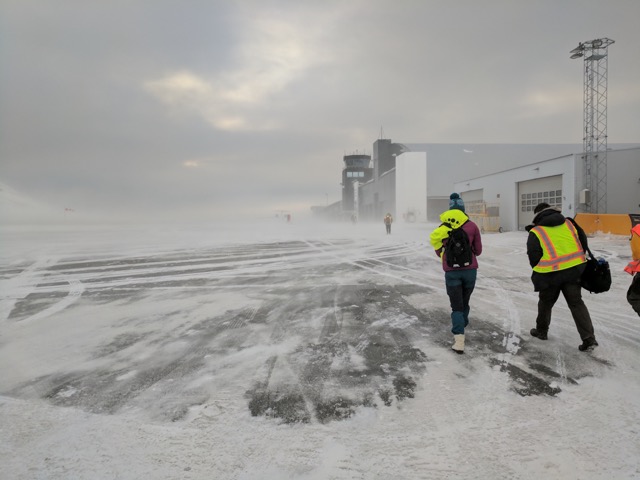 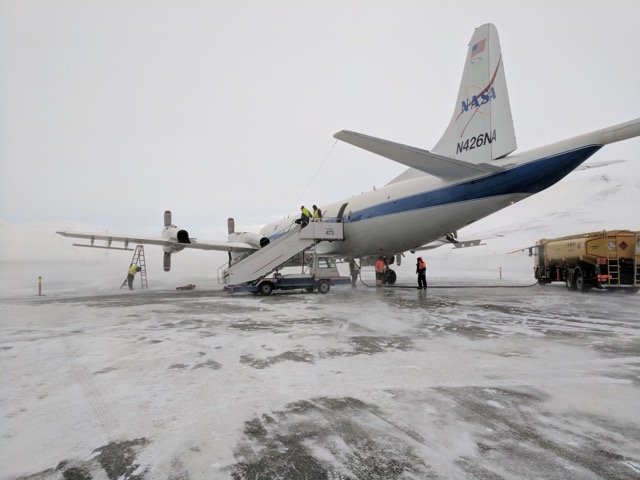 And the NASA P3 crew has to do their post flight work!