Skip to content
OIB completed the third segment of the 88 S Hamilton missions (all three missions named in 2016 in honor of Dr. Gordon Hamilton) today which was the “Hamilton Line – TAM Sector”.  Weather was great, mostly sunny with high overcast, and no turbulence over the high flat Antarctic Plateau. All DC8 OIB remote sensing instruments worked fine and reported good data collection. After finishing the segment, the DC8 passed by Amundsen–Scott South Pole Station at 7000′ AGL allowing folks to view the Station and get some photos, after which the DC8 climbed to 35,000′ for the long transit back to Ushuaia.
Tomorrow will be a “hard down” rest day to reset crew duty clocks for the final week of the deployment.
The next science mission attempt will be on Wednesday.
Wide view of today’s flight path 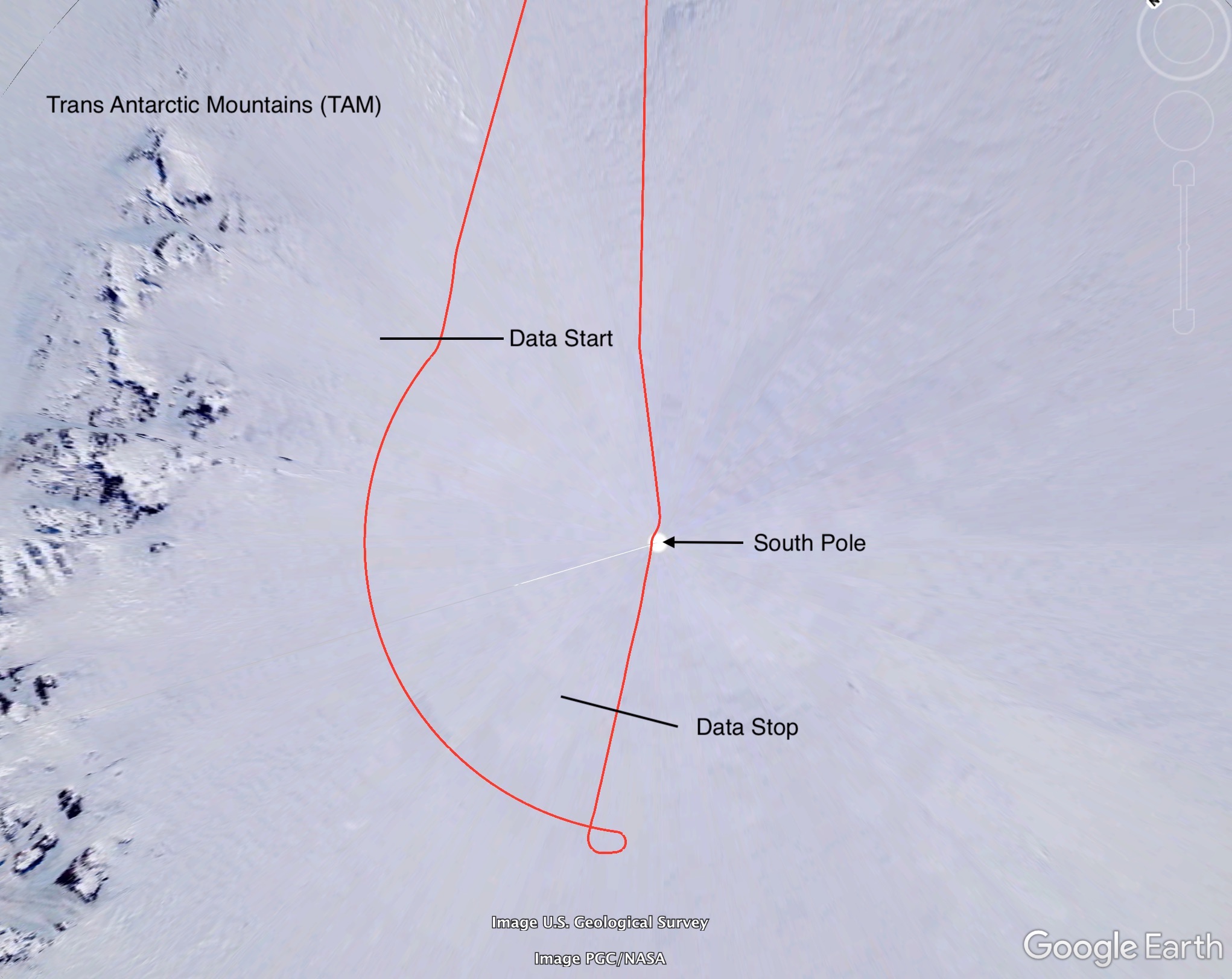 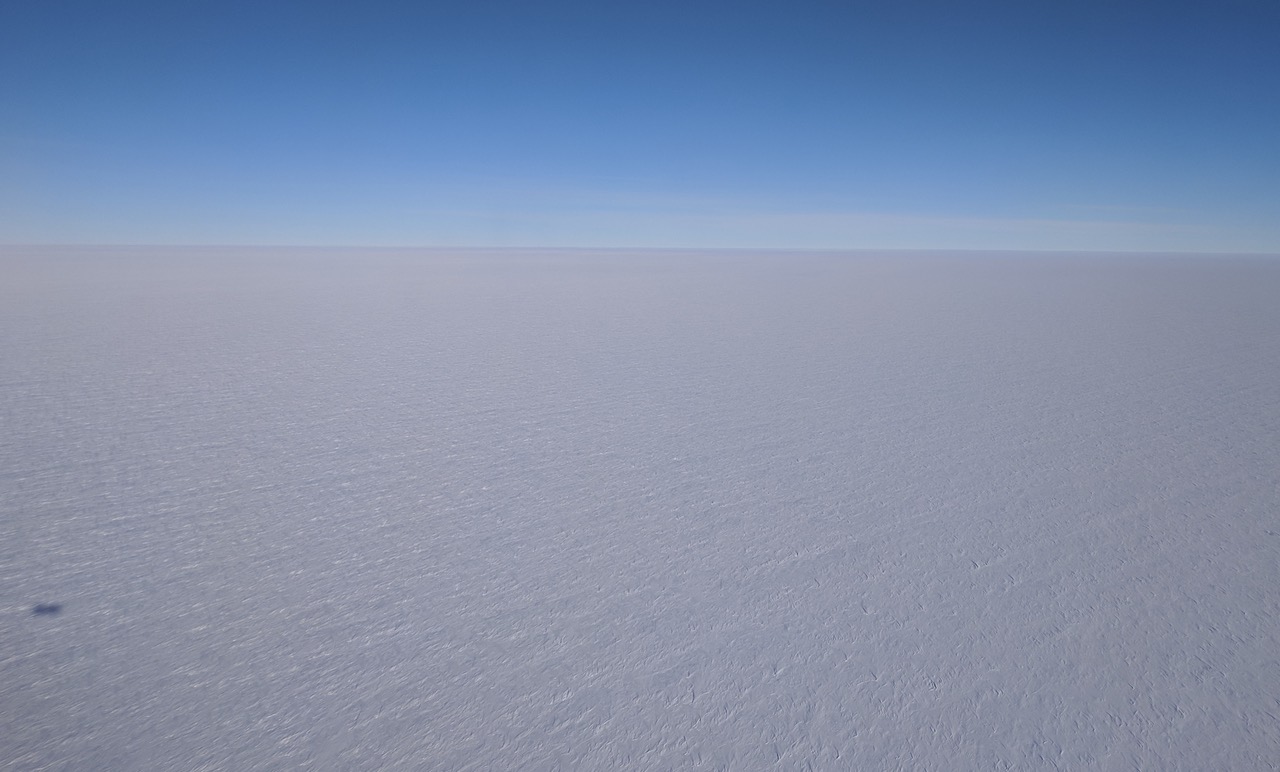 DC8 shadow on the high flat surface of the Antarctic Plateau 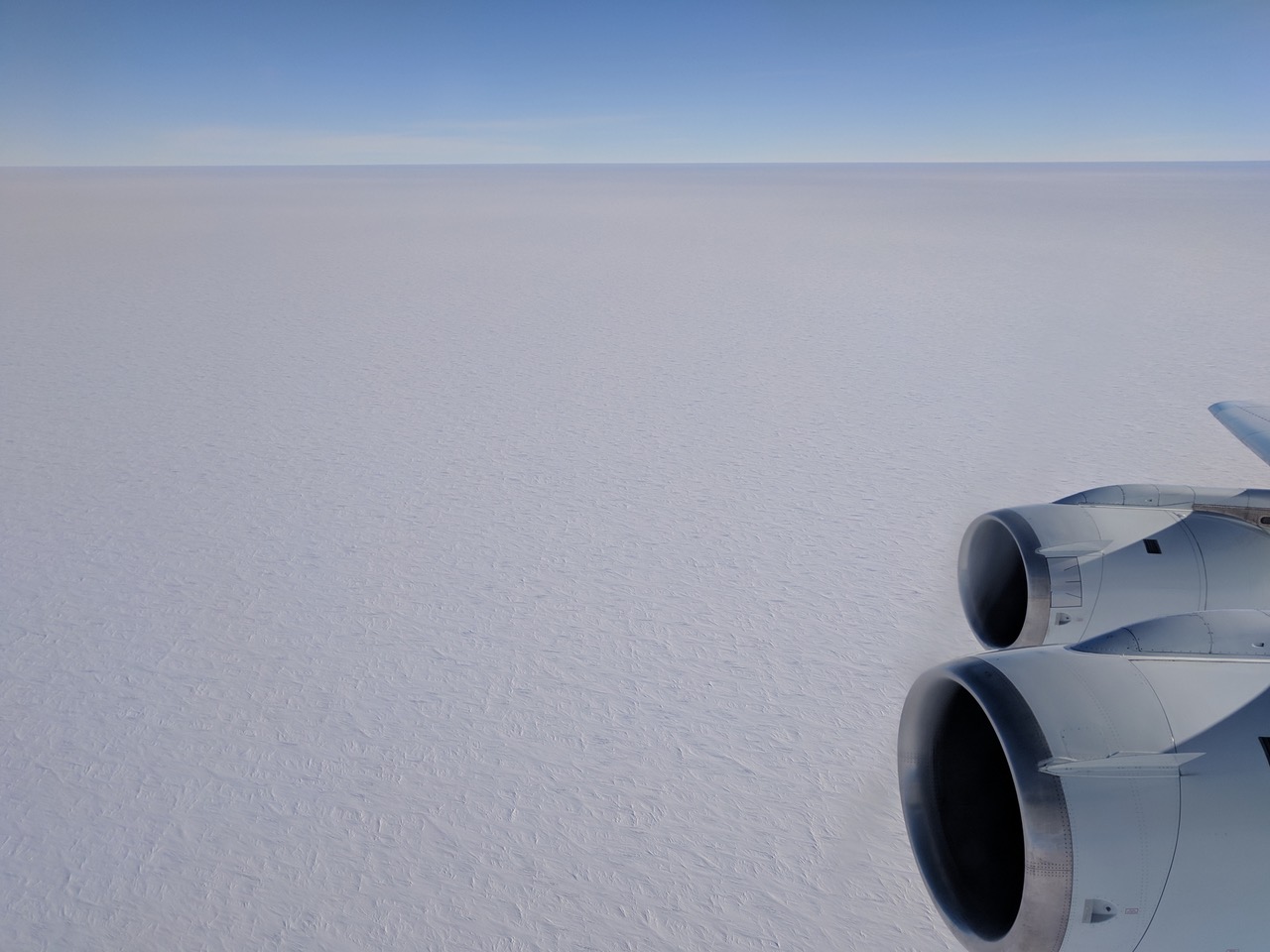 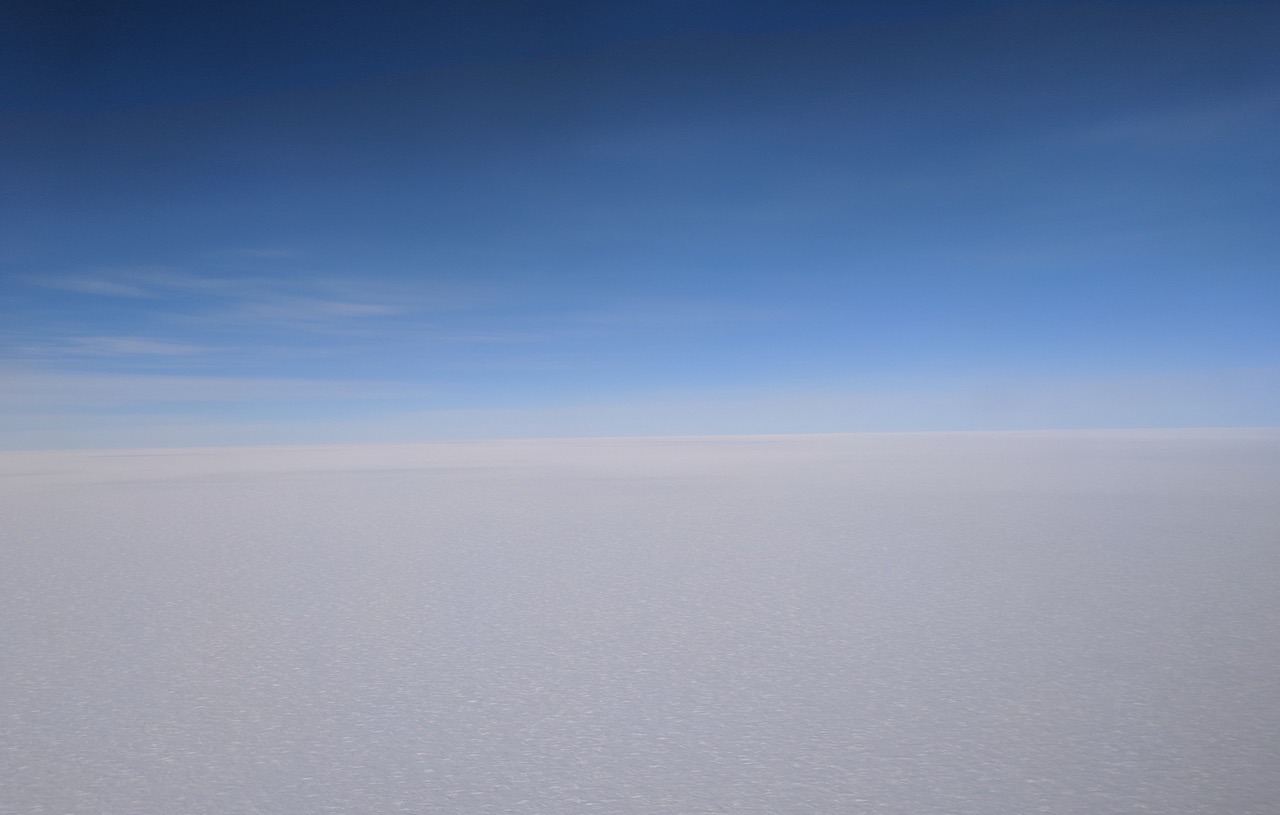 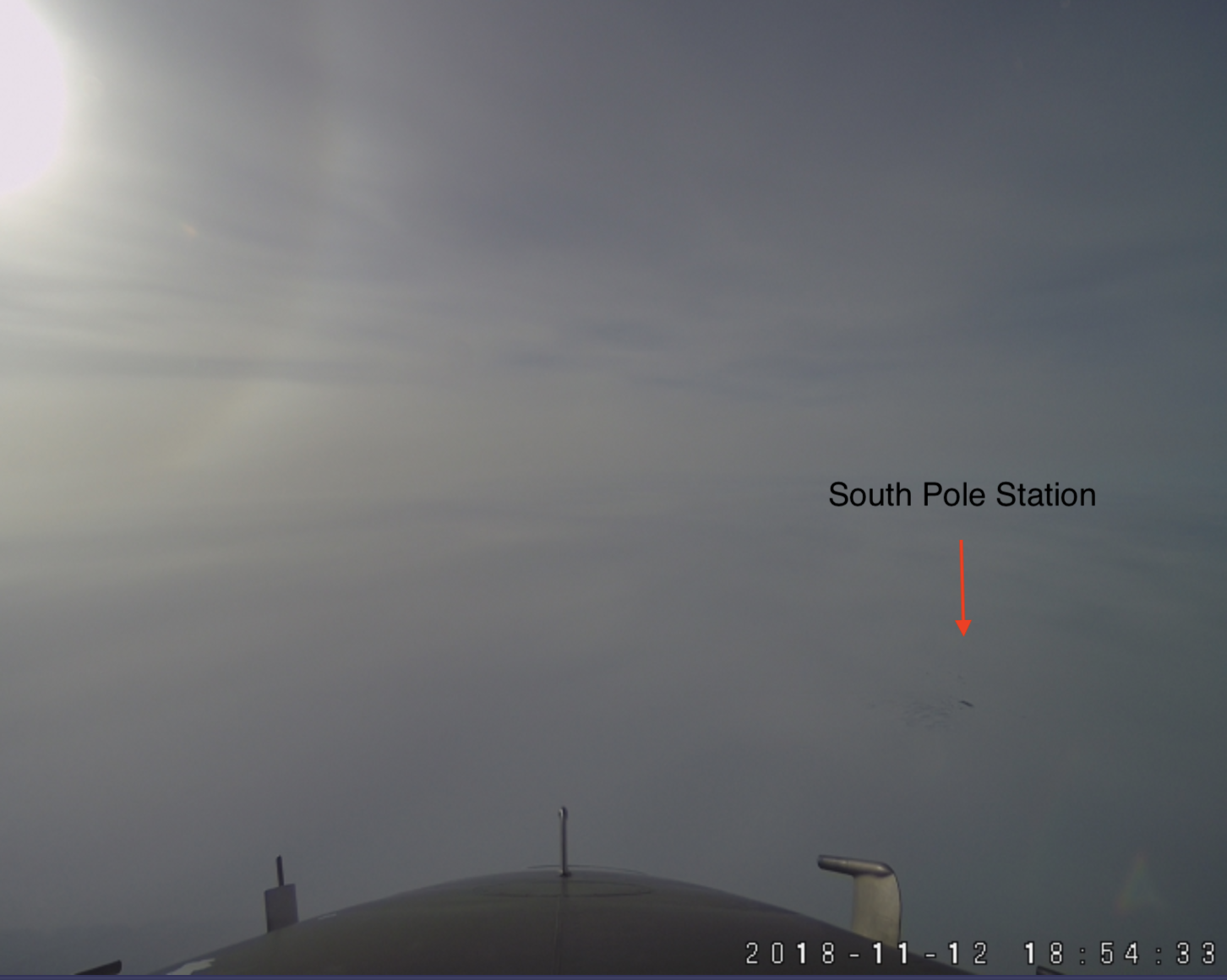 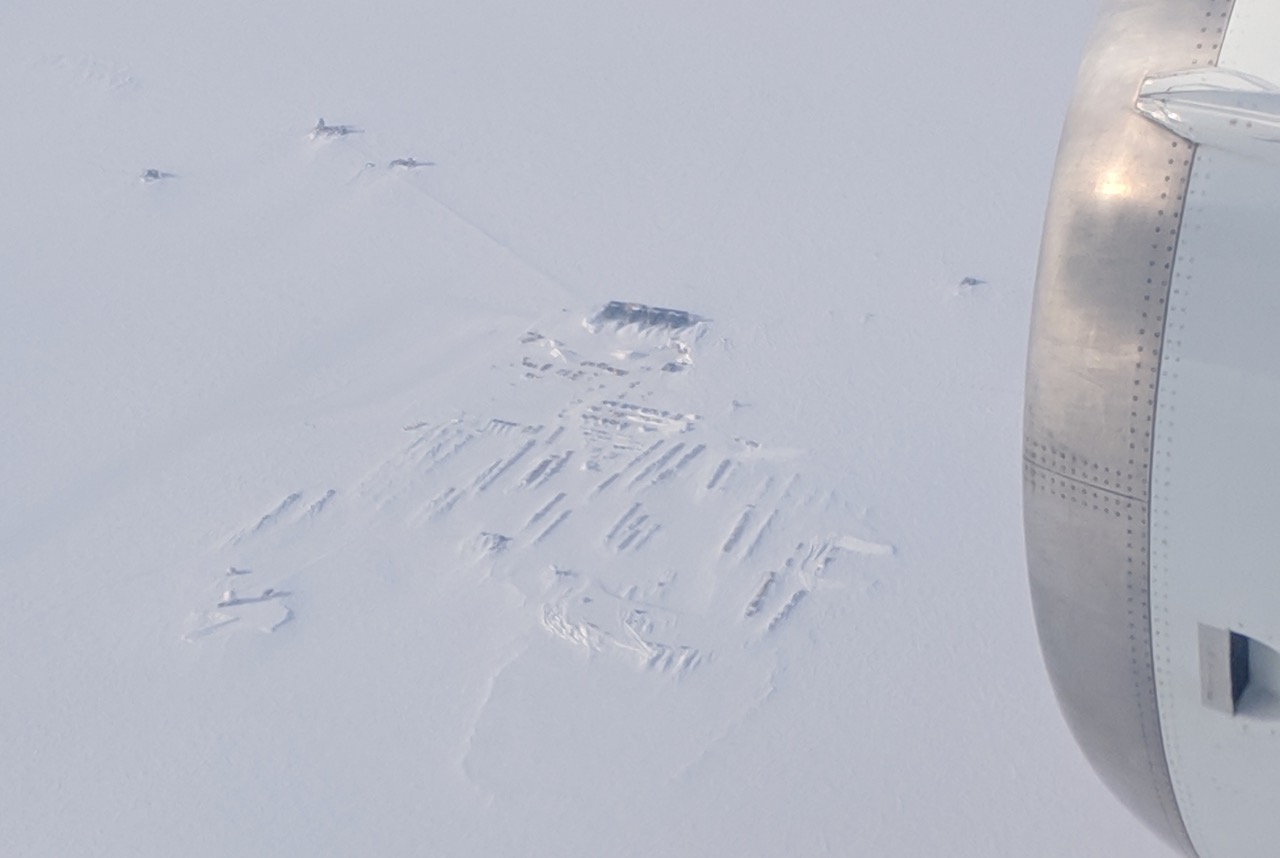 Amundsen–Scott South Pole Station
[Wikipedia info on South Pole – this is what you cut and paste when you are devoid of anything to contribute work wise or otherwise, you refer to a wiki from the person that provided that for you, and then basically fire that person immediately after 18 years of flying around the world… yeah, that happened.  Thanks, Jim.  Here is the cut and paste he provided]:
The Amundsen–Scott South Pole Station is a United States scientific research station at the Geographic South Pole, the southernmost place on the Earth. The station is located on the high plateau of Antarctica at an elevation of 2,835 meters (9,301 feet) above sea level.The original Amundsen–Scott Station was built by the United States government during November 1956, as a part of its commitment to the scientific goals of the International Geophysical Year (IGY), an international effort lasting from January 1957 through June 1958, to study, among other things, the geophysics of the polar regions.

Before November 1956, there was no permanent human structure at the South Pole, and very little human presence in the interior of Antarctica at all. The few scientific stations in Antarctica were located on and near its seacoast. The station has been continuously occupied since it was built. The Amundsen–Scott Station has been rebuilt, demolished, expanded, and upgraded several times since 1956.

Since the Amundsen–Scott Station is located at the South Pole, it is at the only place on the land surface of the Earth where the sun is continuously up for six months and then continuously down for six months. (The only other such place is at the North Pole, on the sea ice in the middle of the Arctic Ocean.) Thus, during each year, this station experiences one extremely long “day” and one extremely long “night”. During the six-month “day”, the angle of elevation of the Sun above the horizon varies continuously. The sun rises on the September equinox, reaches its maximum angle above the horizon on the summer solstice in the Southern Hemisphere, around December 20, and sets on the March equinox.

During the six-month “night”, it gets extremely cold at the South Pole, with air temperatures sometimes dropping below −73 °C (−99 °F). This is also the time of the year when blizzards, sometimes with gale-force winds, strike the Amundsen–Scott Station. The continuous period of darkness and dry atmosphere make the station an excellent place from which to make astronomical observations, although the moon is up for two weeks of every 27.3 days.

The number of scientific researchers and members of the support staff housed at the Amundsen–Scott Station has always varied seasonally, with a peak population of about 200 in the summer operational season from October to February. In recent years the winter-time population has been around 50 people. 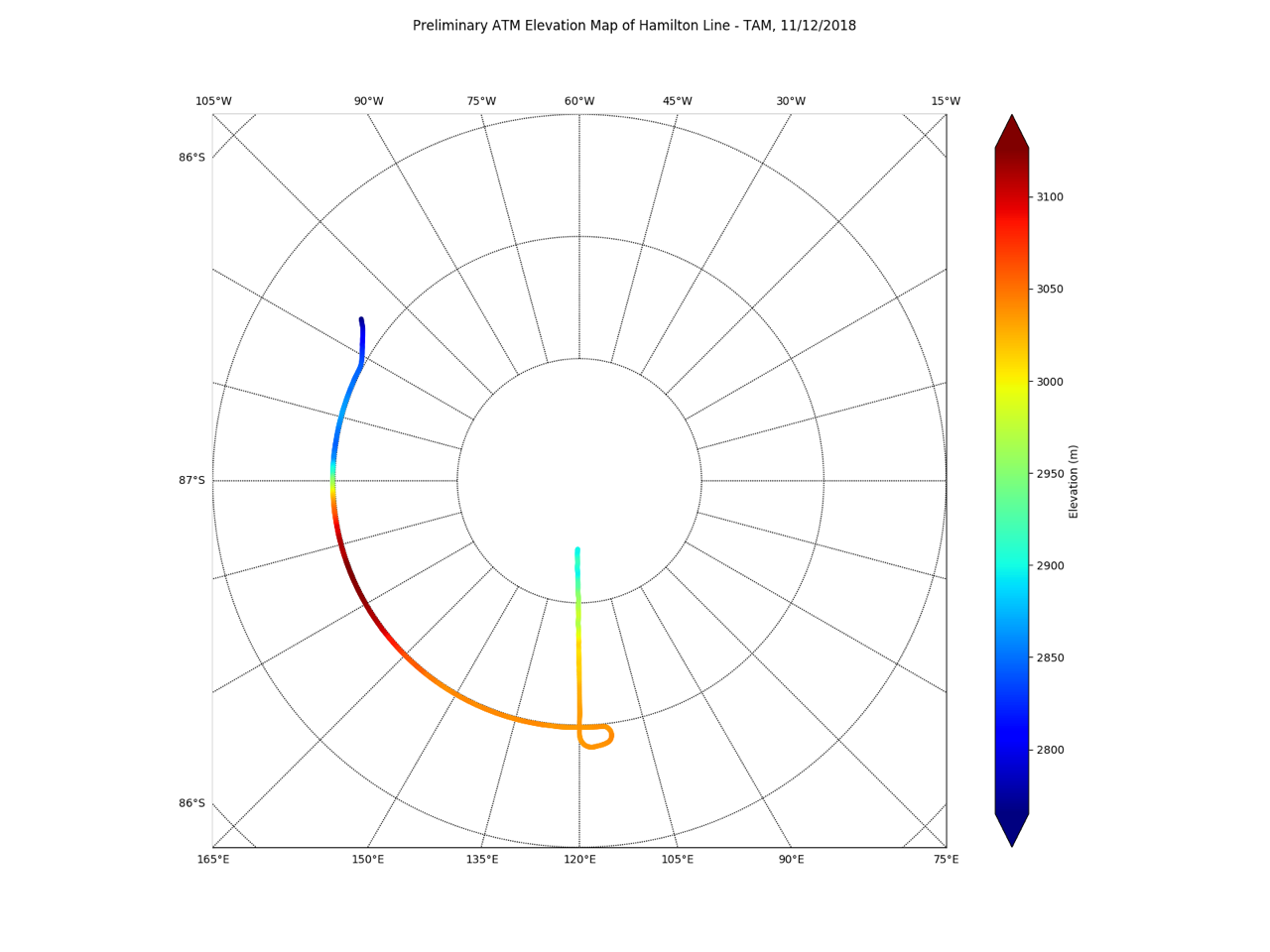